From Fantasy to Happiness

Taken from a post in Thriving Beyond Codependency Community:

“Many of you know my mother died when I was a child from brain cancer. Many of you don’t know that she labeled me a sexual pervert at the age of 6 and publicly humiliated me in front of girls by making me wear a sign that apologized for my perversions at the age of 8 when I was accused by a babysitter of touching her inappropriately (something I do not recall doing, but will accept I did accidentally when she was tickling me earlier that evening).

This compounded much earlier abuse where I was groomed and molested by a teenage babysitter (I was 4 at this time). During that same time of the molestation, I had “friends” that would take me into a nearby grove of trees, undress and touch themselves. When I would react to it physically, they would mock, humiliate, and laugh at me, calling me a pervert. This same group of “Friends” would routinely tell other neighborhood girls I wanted to have sex with them, then tell me she wanted to have sex with me, and then stick us in a closet together where we were both terrified of each other.​

I became highly sexually curious because of the “Friends” abuse and the teenager molesting me. This led me to playing doctor on my sister and when my mother found us doing that, she labeled me a pervert. 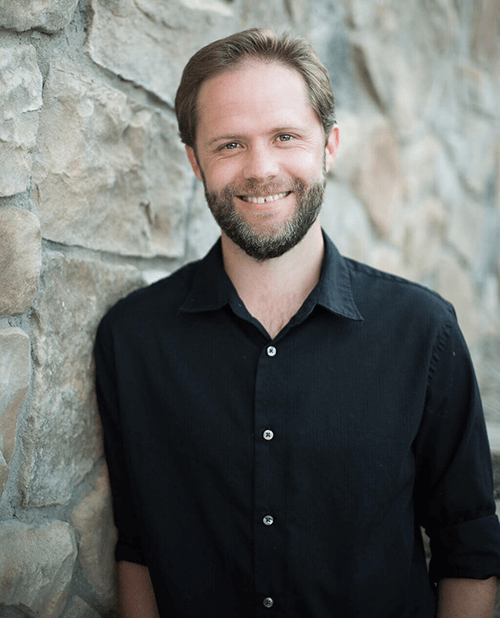 I continued to share my curiosity with my mother by pointing out developing girls and asking questions. She responded by educating me about the body and puberty and all that, but she also started to withdraw herself from me. I recall hugs, being held, and a sense of warmth from her becoming less and less. I can only recall a few times where I was held. I can strongly recall the ache to be touched and comforted and how many times that didn’t happen.

During this time, school life was full of being bullied, mocked by those “friends”, and being manipulated because I was naive. This shaped my social identity and led me into years of feeling harmful, disgusting, and unwanted.

After my mother made me wear the sign and apologize to the babysitter in front of her family and my friends, she and I had a tenuous relationship. Then she died.

Sexually, I was still very curious and had experimented with some willing friends. But we kept that very secret.

Then came puberty and the religious shaming. At age 11 I was taught that sex is harmful and bad. That girls do not want sex. ANd that boys pressure them to have it.

At age 12 I was taught that sexual desire was both filthy and a horrid sin.

At age 14 I was taught that sexual desire towards a girl was RAPE. By this point, I’d “raped” nearly every girl I knew because hormones.

It was at this point I began to ponder removing my genitals. It was also during this time my step-mother’s war against my stubborn, Aries-driven personality was won. I gave up me.

I gave up grieving for my dead mother that my father didn’t give a shit about. I gave up believing I’d ever be protected from my step-mother’s verbal and emotional abuse. I was alone.

Middle school was where I learned that my attraction towards girls was “gay” and “disgusting” and that I deserved to be physically threatened, bullied, have my property destroyed, and to be laughed at as the “awkward gay boy”. I decided I was truly a harmful, terrible creature.

I never dated girls I was attracted to until I was 32. I never had a relationship driven from love until that age. I didn’t feel a sense of belonging until I was 36. I still struggle with the idea that a woman I am attracted to would really want me or like me as I am.

How I socialize now is entirely a result of my effort to heal. I’ll never be what others are that way, although I dream of being the guy that women are drawn to because “I’m that guy”. I’d like to feel desired and see it.

I have hopes for my relationship future, finding honest love and a vibrant bond with someone I really like and that likes me. But I have little experience with that so I navigate it as best I know how.

At least now I am able to talk with women without feeling panic. I freeze when women show interest because I don’t know how to navigate attention well yet. I am learning as I keep myself in the moment and use Embodiment tools to help me acclimate to it.

I’ve been fortunate. I’ve had success in certain areas of life that have helped me heal and prosper. My abuse has helped me build a solid system that has helped others recover and go on to do massive things in their lives. Sadly, some haven’t succeeded, but I have learned from that too.

What’s made the difference for me is letting go of what I think I should be and forging a me that can show up and succeed in some manner. I still have my ideal and my should, but I am also seeing that I am getting better at socialization and interaction.

So, one may never be “normal”, but one can still achieve a measure of success for themselves and with persistence, possibly more than they ever imagined (like I have so far for myself).

Don’t assume you know your potential. Go for it anyway. You may surprise yourself.”

Identity abuse is a term I coined to explain what I endured at the psychological hands of trusted authorities in my life. These authorities included my parents, religious leaders, and some teachers. You see, identity abuse is the act of telling someone what and who they are and punishing, threatening, or otherwise controlling them if they do not conform to that identity.

Mine started with my mother labeling me as a sexual pervert when I was young (6). Refer to my sexual abuse history here: http://www.thrivebeyondcodependency.com/p/about-marshall

This shaped me in deep, deep ways that still actively intrude in my life. My identity was further attacked in church where I was told that I was a sinner and that I had to prove to God my worth, loyalty, and value through strict obedience to his commandments and expectations. This was a big, big deal to my mother and I wanted to please her and have her happy with me, so I took these things seriously.

Around the same time as the sexual abuse started, I began to realize that I wasn’t what God would approve of. I began to think of myself and see myself as a disgusting and evil thing. I wondered how the devil had corrupted me so fast, but there I was, sinning. I sinned when I thought about the abuse. I sinned when I was angry. I sinned because my existence caused God pain. I was a bad creation.

One afternoon on the way home from church, I stopped to take in the smell of some flowers. As I touched them lightly and enjoyed their gragrance, a deep sadness came over my mind and filled my heart. “I am bad and God hates me.” My identity had shifted from innocence to the burden of sin.

Then came my aunt’s husband. My parents sometimes worked nights. They’d drop us off at this aunt’s house for the night. I hated going there. My aunt’s husband was talk, heavy, loud, and aggressive. ANd he had a particular hatred of me.

One night my sister and I were throwing a bear back and forth when we should have been sleeping. He apparently heard our giggles because he exploded into the room, booming loudly, “GO TO SLEEP!”

I felt my body heave in reaction to his fist driving into my stomach. My lungs burned as I tried to get my breath back. Another impact of his fist against my stomach. “YOU WILL LEARN.”

He dropped me to the ground, grabbed my hand with his fist and dragged me out into the kitchen. He fumbled with the phone for a moment, then shouted into it, “YOUR SON HAS SOMETHING TO TELL YOU.”

He shoved the phone against my ear and whispered, “TELL YOUR MOTHER WHAT YOU DID TO YOUR SISTER.”

His hand tightened around my hand, warning me more was coming if I didn’t comply. “Mom…I…I fingered (sister’s name)…”

He pulled the receiver away. “NOW YOU KNOW. BYE.” And slammed the phone down.

His beatings continued until my parents changed babysitters.

My mother believed him…